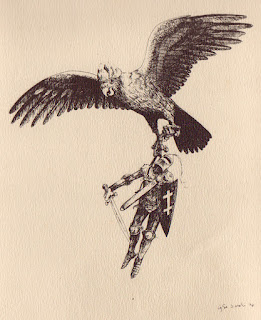 Born on February 10, 1946 in Memmingen Refugee camp. He immigrated to Australia with his parents Antanas and Jadvyga in 1950.

In 1963 Vytas graduated from Woodville High school and enrolled in the South Australian school of Art, where he graduated in 1966.

In 1963 Vytas was awarded the Sands & McDougall Prize for drawing, and the Osborne Art Gallery Prize.

At that time abstract art especially hard edge and colour painting was the prevailing style. Vytas preferred figurative and realistic art. He stopped painting and turned to music because he felt pressed to paint a certain way.

Vytas held his first solo exhibition in 1967 at the North Adelaide Gallery. That same year, Vytas in the generation of flower children, travelled to India, studying Indian music and mystical life. At the invitation of Akbar Khan school of Music in Calcutta he studied there. He explored several different types of sitar and decides to make himself one of them.

He returned to Australia for a short time, before heading off to London. While there, he married a fellow Australian. The newlyweds both earned a living from graphic design, and Vytas still played the sitar in various clubs. They toured North Africa with a popular music group. He designed posters for various musical groups and performers who sprang up in London at the time . His illustrations featured in magazines such as Time Out, Rolling Stone, newspaper "Oz" and others. Vytas began to paint seriously, in 1969, but did not break completely from the music business.

After an illness that finds Vytas hospitalised, he and his wife decide to return to Australia.

In 1970 Vytas in began studying photography.

In 1971, he was commissioned to produce a large mural for the Adelaide Festival Theatre. He becomes a freelance photographer and still playing the sitar.

In 1972 along with his friends from art school Vytas participated in a collective exhibition in North Adelaide as well as a solo exhibition. In 1973 the artist holds an exhibition in Sydney. Following a successful exhibition, Vytas receives a grant of $5000 from the Visual Arts Board and acquires 18 acres of land at Carey Gully. Here he constructs a tin hut, the council called it a shed, but Vytas call it home.

The year 1974 is significant, in particular, he participated in the festival city of Perth, then organised a solo exhibition. Later, the painting "Father and the Son” is awarded the 1974 Alice Springs Prize. Vytas was absent for the award presentation. He does not need the glory. "I do not have time to become famous or get rich," - says the artist. In 1975, he received first prize in the prestigious Robin Hood Art award for "old lady with a fox fur" .

In 1976, during the Adelaide Festival of Arts he constructed Giant Face, Spider Web "and" Flying Eyeball for the Fun Palace at the Carclew Arts Centre. His works can be seen everywhere from the famous 'Greenhills' gallery, and the University of Adelaide, and in private collections.

Since the late 1980s Vytas again surprised the world with new works, as well as teaching at the University of Adelaide. On the 12 September the Adelaide University Union gallery opens his solo exhibition. In addition to paintings, graphic works, posters, pictures and drawings of all the works exhibited here Vytas make musical instruments, nature and photos of interiors and unique scientific inventions - technology works: "sunertinis wing," flying motorcycle ", ‘electric helicopter’ and others.

Vytas has shown work in the Australian Lithuanian community art exhibitions. The Adelaide community held a solo exhibition of his work. He has donated a painting "Christ on the cross," and ‘the matadors” to Lithuanian house.

Anonymous said…
Hello, we're trying to make contact with Vytas regarding his association with Unicorn Books in Brighton for a book and online project about Bill Butler. We can be contacted at unicornbookshopbrighton@gmail.com Hope somebody might have a contact address. Thanks in anticipation.

Anonymous said…
I am still in touch with Vytas and remember him talking about Bill Butler you can contact me at nickbutt@gmx.com.
19 February 2016 at 04:35

Unknown said…
Hi. I have 2 of vytas original hand scetches from 66. Would love to more about them. My late mother aquired them from the adelaide gallery when she was the manager there in her teens and was given the the drawings.
7 July 2017 at 21:45

Popular posts from this blog

November 27, 2017
Yesterday at the Adelaide Lithuanian House we celebrated the arrival of the General Stuart Heintzelman ship 70 years ago.  Below is the speech presented at the event.


World War II for many in Europe brought sweeping changes. For the Baltic States their independence of 22 years was crushed by Soviet Russians, during the months of June and July 1940. As the war progressed, the German Army replaced the Russians and by 1944, the reverse happened, the Germans were replaced once again by the Russians. It was at this time that many people left Lithuania, making their way west, to Germany.

The refugees became known as Displaced Person’s, or D.P’s.

The displacement was thought to be temporary, that they would soon be able to return home. When the D.P’s realised that their return would not be in the near future they considered immigration.

Australia’s vulnerability of foreign invasion was highlighted during the Second World War. This fear combined with the desire of economic growth saw the …
1 comment
Read more

July 24, 2017
On a rainy day on December 28th, 1948, the Pan Pacific Jamboree began, 30 km from Melbourne at Wonga Park. 11,000 scouts gathered for the twelve-day camp, representing over 20 countries.Amongst them were a contingent of 30 Lithuanian scouts who hadn’t been in Australia for more than a year. Borisas Dainutis leader of Lithuanian scouts in Australia, had kept in touch with scouts and guides by correspondence since arriving in Australia.It was the first time many of them had seen each other since they left Europe.Special permission was granted to the Lithuanian contingent to participate as a separate unit.Vytas Neverauskas who later settled in Adelaide, acted as contingent leader.

The Lithuanian camp at the Jamboree was described as ‘one of the finest’.The gateway, decorated with gum tree sprays held a carved name plate with the word ‘Lietuva’ and a sun symbol.Inside the camp two flag poles were erected, flying the Lithuanian and Australian flags.A wooden cross housing a carved ‘Rupintojėli…
1 comment
Read more